Posted by legacy
in Tenancy Laws 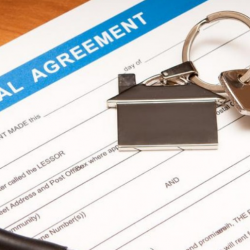 “Real estate cannot be lost or stolen, nor can it be carried away. Purchased with common sense, paid for in full, and managed with reasonable care, it is about the safest investment in the world.”  – Franklin D Roosevelt

The urbanized parts of India are an oasis to the deserted opportunities and lifestyle in the rest of the sub-tropical nation. Urban housing has always been demanding owing to the constant migration of rural populations to cities in hopes of jobs and better lifestyles. The rapid increase in the urban population has led to the inevitable demand for housing and accommodation for personal use as well as commercial use. In contrast to this hike, there is a serious housing shortage in the urban areas with the demand-supply gap increasing day by day. Such issues not only make urban living expensive and scarce but also has an effect on the economy of the country.

The need for change in the housing sector

The housing shortage has been under the Indian government’s watch and various schemes and policies have been issued to better the status quo. The most recent policy, the Pradhan Mantri Awas Yojana-Urban (PMAY-U) was launched in 2015 aiming to provide pucca houses with basic amenities such as electricity, water and sanitation to all eligible urban households by 2022. [i] Although this housing policy was aimed at improving the sector, it was majorly pivoting around home ownership which was still unaffordable for the poor.

The focus had to be shifted to the weaker section of the economy, where there is a dire call for change. The attention was now to be given to rental housing for it to cater to informality and shortage of accommodation. Rental housing is the solution offering low-income segments the financial capacity to purchase homes. In order for this idea to see the daylight, reforms had to be made by standardizing the enforcement of rent contracts and rent control laws.

States have the power to regulate the same through State control laws [ii]. To impede the landlords from charging outrageous rent and to ensure affordable housing, rent control laws lay down rent ceiling and conditions for eviction. It was observed that rent control laws also skew arrangements towards tenants and lead to more litigation. [iii] This resulted in the lack of trust from the landlords and paved the way to alternative arrangements such as leave and license agreements and informal leases.

Such demerits of the existing legal framework were identified and owing to the Prime Minister’s ‘Housing for all’ by 2022 vision, in an extremely bold and positive initiative, on June 2, 2021, the Model Tenancy Act, 2021 (“Model Act”) was approved for adoption by all States and Union Territories. The Model Act among other things seeks to regulate the large but unorganized rental market in the country and at the same time encourages the landlords to rent out vacant premises thereby increasing the supply of residential units. [iv] The outcome of this could only be seen once the States and Union Territories adopt and inculcate the essence of the Model Act within their respective legislations. Assam was the first state to adopt the transformative Model Act opening up a huge rental market.

When it comes to the national capital, the exercise of power shifts. As the land in the national capital is a central subject, the Union Government has to enact the law and repeal the existing legislature, the Delhi Rent Control Act of 1958. The aim of the government is no different when it comes to the nation’s capital and the new Act is going to be aligned with the Model Act that the Centre approved earlier this year. As there is little to know about the provisions of this new rent control Act, it is safe to contemplate that the government’s stand shall not shake from giving rental housing the part it so deserves. Some key changes that will likely be implemented in the Delhi Rent Act are in the following section.

Key provisions of the Model Act

The Model Act does not essentially change the relationship between landlords and tenants, rather it introduces newer concepts into the housing sector such as separate rent authorities and provisions protecting the rights of both landlords and tenants. A closer look will reveal a greater understanding of how the new Act in Delhi will pan out to be:

The Model Act is applicable to residential and commercial premises [v] including garden, closed parking and vacant spaces while excluding hotel, lodging house and any other building or its part thereof intended for industrial use.

Tenancy Flexibility and autonomy of parties

The Model Act specifies the responsibilities of a landlord and a tenant in a tenancy agreement [vi] that requires to be in writing and to be informed about to the Rent Authority within the given time. There is a cap on the security deposit to not be more than two months’ rent, in the case of residential properties and that of six months for commercial properties. Rent and the duration of the tenancy is not fixed by the Act, therefore, the parties have the autonomy to decide by mutual consent the terms of tenancy, rent amount and revision of rent. While revising rents, the landlord is supposed to give a 3 months’ notice to the tenant and the new rent shall be agreed upon after the mutual consent of the landlord and tenant is given. The Model Act has not forgotten about landlords and kept in mind a reasonable probability of exploitation. Therefore, in case the tenants do not vacate after the expiry of the term, the landlords, can get compensated double the rent amount for 2 months and four times the rent for every month after that.

As William E. Gladstone once said, “justice delayed is justice denied”, the Model Act seeks to establish speedy adjudication of cases with respect to tenancy agreements and specifies timelines for eviction and payment of rent cases. This elaborate mechanism for resolution of disputes will be dealt with by the Rent Authority and appeals shall be directed to Rent Courts and Rent Tribunals. As per the law, the District Collector or District Magistrate shall, with the previous approval of the State Government/UT Administration appoint an officer, not below the rank of Deputy Collector, to be the Rent Authority within his jurisdiction.[vii] This fast-track system mandates disposal of complaints and appeals to be wrapped up within 60 days.

There can be no forceful eviction within the period of tenancy by the landlord. While protecting the rights of both parties, the framework is suggestive of the rental agreement to have minute details regarding maintenance and repairs. The Act lists the kinds of repairs and maintenance in rented promises that can be deducted from the security deposit or rent in case a party refuses for the same.

The Model Act mandates documents to be maintained on “digital platform in the local vernacular language” [viii] to facilitate the execution of rental agreements.

Shortcomings of the Model Act

The focus of the Model Act has been on reforming and regulating rental housing while ensuring a balance in the interest of landlord and tenant. The major challenge is that of execution by other States and Union Territories. Once the Act is effectively adopted and implemented, there will be no change in the ground reality. Digitalization may appear to be a boon but seems to be a devil in disguise, forgetting the limited knowledge of technology and limited availability of digital platforms within low-incomes groups. Landlords and tenants would have to be digitally affluent in order to deal with a tenancy. The Model Act also contains a list of maintenance and repairs that seem to cater to the issue of avoiding litigation. However, due to this, the tenancy agreement will be more complicated and the flexibility of framing will be affected.

Another important aspect that is bugging is that the Model Act requires the Rent Authority to have in their possession the landlord and tenant’s Aadhar numbers and attached self-attested copies along with it. Such details being available in the public domain will hinder the right to privacy of the involved parties. It will be interesting to see how the new Act repealing the Delhi Rent Control Act will adopt the Model Act and what provisions it will rely on.

Rental property to be efficiently regulated

When the concept of affordability is tested, one should always weigh in operational expenses of living in a house rather than focus only on the upfront cost of buying a house. Factors such as travel expenses to work, cost of other social infrastructure like schools, hospitals, etc. should be included and studied while assessing the housing affordability of the urban population. Following the path of the Model Act will be the wise choice for the Union government keeping in mind their approval of the same in June this year.

The rental market in India is at its incipient stage due to a lack of regulatory framework, old rent laws, an imbalance between landlord-tenant populations and a lack of formal grievance mechanisms. Developed economies such as USA, Europe and Singapore have a mature rental housing market and India must study their models to arrive at a solution suitable for its purposes and diverse requirements.

Regulating tenancy will help strike an equilibrium within the landlords and tenants while protecting the rights of both. The proposed three-tier adjudicatory system will ensure speedy disposal, acting in favour of the needy and the spirit of justice.

However, careful examination seems inevitable and weighing in the uniqueness of the national capital, a new rent control Act is definitely going to change the dynamics of Delhi’s rental housing.

Should you have any queries about this article, please contact below: