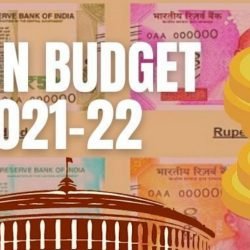 Infrastructure got a big boost in the Union Budget 2021-2022 presented by the Finance Minister (FM). The government has chosen to spend big on infrastructure covering sectors such as the road sector, power sector ports,airports sector, urban infrastructure and so on.

In its Budget 2021-2022, the Finance Minister emphasized the need to increase funding from the Government and the financial sector for ‘National Infrastructure Pipeline’ (NIP), which has been expanded to cover 7,400 projects by 2025. The Government intends to achieve the funding by:

a) Creating National Bank for Financing Infrastructure and Development (NBFID) which will have a capital base of Rs.20,000 crores and a lending target of at least Rs.5 lakh crores over a period of three years. Debt financing through the infrastructure investment trust (InvIT) and real estate investment trust (REIT) routes will be enabled by making suitable amendments in the relevant laws. National Bank for Financing Infrastructure and Development Bill, 2021 has already been listed on the ongoing Parliament session;

b) Monetizing Assets by launching the ‘National Monetization Pipeline’ of potential brownfield infrastructure assets, with a dashboard to track the progress and to provide visibility to investors. Finance Minister announced that

c) Enhancing the share of capital expenditure in central and state budgets: The Finance Minister has kept Rs.5.54 Lakh crores for capital expenditure which is 34.5% more than the Budget estimate of 2020-21. Additionally, Rs.2 lakh crores will be provided to States and Autonomous Bodies for their Capital Expenditure.

The Finance Minister further informed that by March 2022, the Government will be awarding another 8,500 kms under the Bharatmala Pariyojana Projectand complete an additional 11,000 kms of national highway corridors. To further boost road infrastructure, the Budget enhanced outlay of Rs. 1,18,101 Lakh Crores for Ministry of Road Transport and Highways, out of which Rs. 1,08,230 Crores is for capital expenditure. Finance Minister further announced the following augmentations:

For the Railway Infrastructure, Finance Minister announced a record sum of Rs.1,10,055 crores. Finance Minister N Sitharaman said that Indian Railways have prepared a National Rail Plan for India 2030. The plan is to create a future-ready railway system by 2030 bringing down the logistic cost for the industry which is at the core of the strategy to enable Make In India.

She further announced the following measures for Passenger convenience and safety:

The Budget 2021-22 has its strength in the Infrastructure Sector which has got an unprecedented increase of 34.5%. The Government has also reiterated its commitment to the PPP model in Ports, bus transportation, airports, etc. Seven projects worth more than Rs.2,000 crores will be offered by the Major Ports on Public Private Partnership mode in FY21-22 for managing the operational services. Though the speech has not given any clear indication as to what will be the mode of execution of various projects, in light of the previous trends it can be safely assumed that the Government will execute all its infrastructure-related Projects through PPP model only. For boosting the revenue, the Government has purposed to take the route of Asset Monetization. Further realizing the need of the hour in the backdrop of the COVID-19 pandemic, the creation of NBFID will bring in the required relief to the sector.