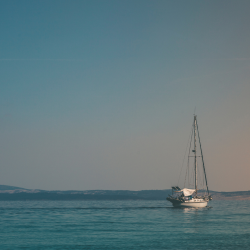 The Merchant Shipping Bill, 2020: A step forward “We can’t control the wind, but we can direct the sail.”

India has a strategic location on the world’s shipping routes, being the sixth largest maritime country in the world, with a coastline of approximately 7,517 km. According to the Ministry of Ports, Shipping and Waterways (the Ministry), India’s 95 % trade by volume and around 70 % trade by value is done through maritime transport. This indicates how the Shipping Industry plays a predominant and valuable role in sustaining growth in the country’s trade and commerce. Relying on the Indian Government’s vital support for the ports sector, it has allowed Foreign Direct Investment (FDI) of up to 100% under the automatic route for port and harbour construction and maintenance projects. It has also facilitated a 10-year tax holiday to enterprises that develop, maintain and operate ports, inland waterways and inland ports1 .

Indian laws that govern the Shipping Industry are centrally regulated and exclusively controlled by the government keeping in mind International Maritime Conventions that India is a party to. Mainly, the Merchant Shipping Act, 1958 and the Coasting Vessels Act, 1838 were drafted to foster development and ensure the maintenance of an Indian mercantile marine in a manner best suited to serve the national interest2 . With the changes that the world is going through, it is important that legislation is in sync with the changing times.

The Need for a New Shipping Bill

The Bill has been drafted with an intent to promote the growth of the Shipping Industry by incorporating some of the best practices adopted by developed countries such as the U.S., Japan, U.K., Singapore and Australia. The previous Act contained provisions that restricted the growth of the Shipping Industry in many ways. The new Bill shall not only revolutionize the Shipping Industry but also accelerate development and FDI in vessels flagged in India, promoting international trade as well. Previously, a ship that was flagged in India had to be 100% Indian owned, restricting foreign companies/ individuals from having any stake in the vessels flagged in the country. It was also compulsory for Indian ships to hold a license granted by the Director-General under Section 406 of the Merchant Act of 1958. The Registration method was very extensive and time-consuming. The Act of 1958 lacked in many regards, especially the dearth of provisions regarding pollution, safety of the seafarers and the vague/ non-existent definition of repatriation highlights its inadequacy in the legislation.

Therefore, it was the need of the hour to introduce the Bill to move forward in the Shipping Industry progressively. Adequate provisions are incorporated to ensure the safety and security of vessels, safety of life at sea, prevent marine pollution, provide for maritime liabilities and compensation, and ensure comprehensive adoption of India’s obligations under international conventions3 .

The Merchant Shipping Bill, 2020 shall definitively change the way the regulatory framework was functioning. Having said that, it is without doubt, a step forward towards better business and growth. Among many useful changes that the new Bill introduced, provisions regarding maritime education, training, certification and recruitment of seafarers have been included. The Bill all-in-all covers every aspect in the Shipping Industry and provides for realistic and effective solutions to key issues. If implemented, it will bring about vital changes along with FDI in India, expanding the scope of business to the Shipping Industry.